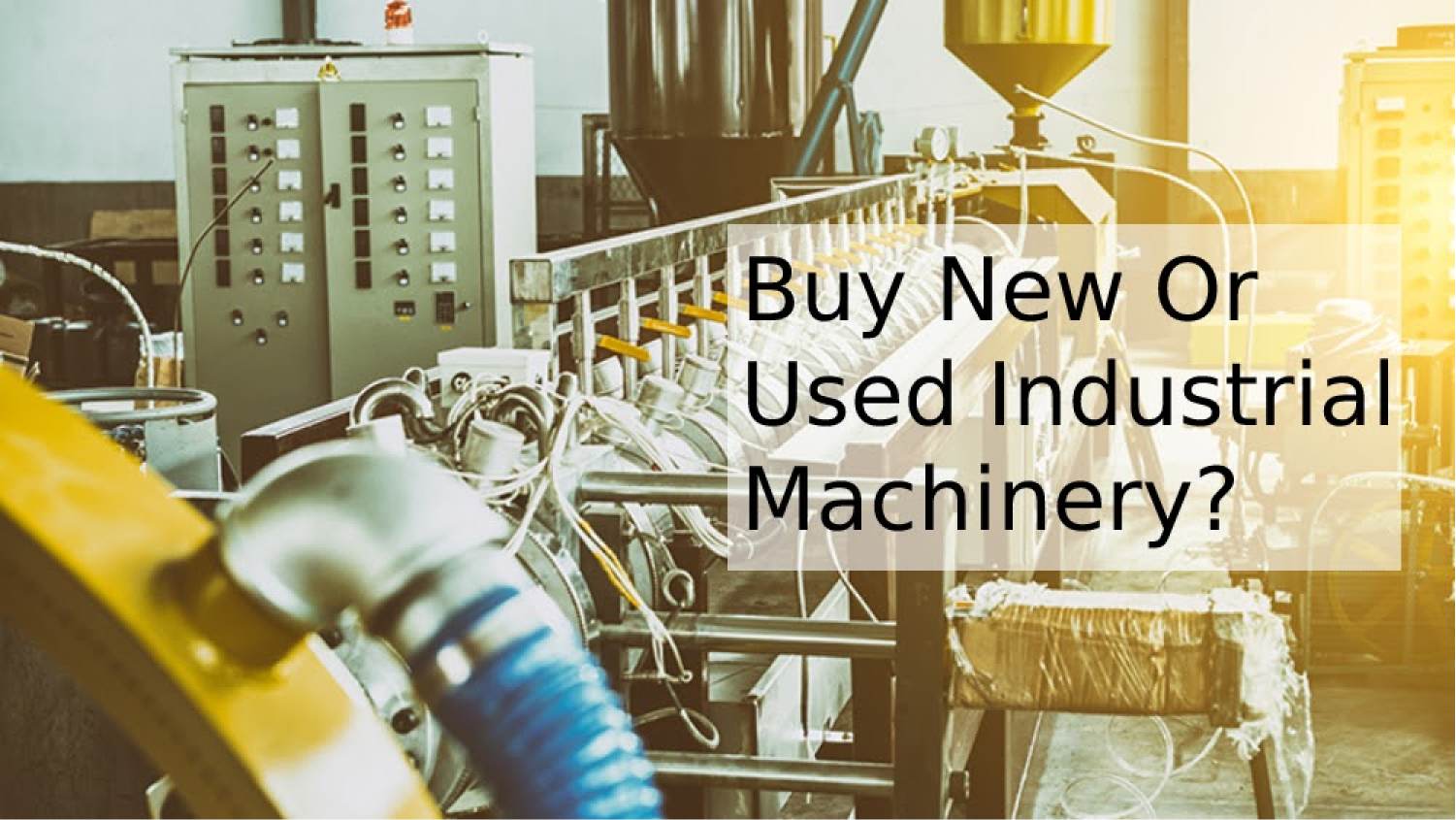 Buying used industrial machinery for sale in India does make one sweat before trying to decide if it is viable for one’s future prospects, so let us look at this topic from an objective standpoint.

What it is like to buy used industrial machinery?

The best characteristic of buying new rather than used is the assurance that the machinery would be working properly and is covered by insurance, however, it does come at the cost of being expensive and thereby unwelcoming to a newcomer in the industry.
The other pertinent question that would be in the minds of the buyers would be the hidden costs that are always present, be it buying new or used industrial machinery for sale in India; not to mention the availability of machines and the availability of additional parts that would be required for the operations.
In a used machinery purchase, the question of availability of both the machinery and the parts are non-extent since there would be someone using it or have been using it and on the flip side, new machinery does not offer this convenience. The lead time i.e., the time frame between the purchase of the machine to the machine starting to be used, would also significantly be longer.

The social effects of buying new vs used machinery

If one buys a new rather than used machinery, then it sends a powerful message that not only is the buyer staking a hefty amount of faith and their money behind their venture, they are also taking pride in their work and their industry, while buying used shows the lack of the same.

The effect on one’s workers

The fact is that used equipment may be faulty underneath the surface, these faults, in heavy machinery can lead to devastating impacts as a worker could get hurt or worse; this is something that new machinery has over used equipment.
Used equipment should be properly inspected before and after the purchase since the effect of shoddy inspection could lead to unpleasant situations.

It is a well-known fact about industrial machinery that the very first year of operation is the most taxing one of the machines.
A new machine, when used for the first time could have several missing components to do a specific operation, while this can be offset by using it for menial operations there are still the costs of shipping, fitting, and setting up the machine is known as the first-year deprecation. If a buyer is to buy a new machine, they absorb the first-year deprecation, which can exceed half of the original cost of the machine depending on the market prices.

But what of used machinery?

If the machinery has been in use for more than a year, then it is likely that the previous owner has already sorted out these issues and therefore the costs of shipping, fitting and setting up would be considerably lower, that is assuming that the buyer is buying from a local region rather than an international one.

Apply for a Technical Job by Mobile App Only. Download the Android or iOS app